The very first time we took our baby boy out of the country was to Cuba when he was just 16 weeks old. Everyone thought we were mad booking a 13 hour flight to a hot country before our baby had even been born but we were determined to keep travelling and show our little one the world!

We timidly booked into a 5* all inclusive hotel in Varadero just in case we needed to hide away with a hot / tired / sick / jet lagged baby for the entire length of our visit. Our concerns turned out to be completely unfounded and he proved us all wrong by happily travelling the length and breadth of Cuba. 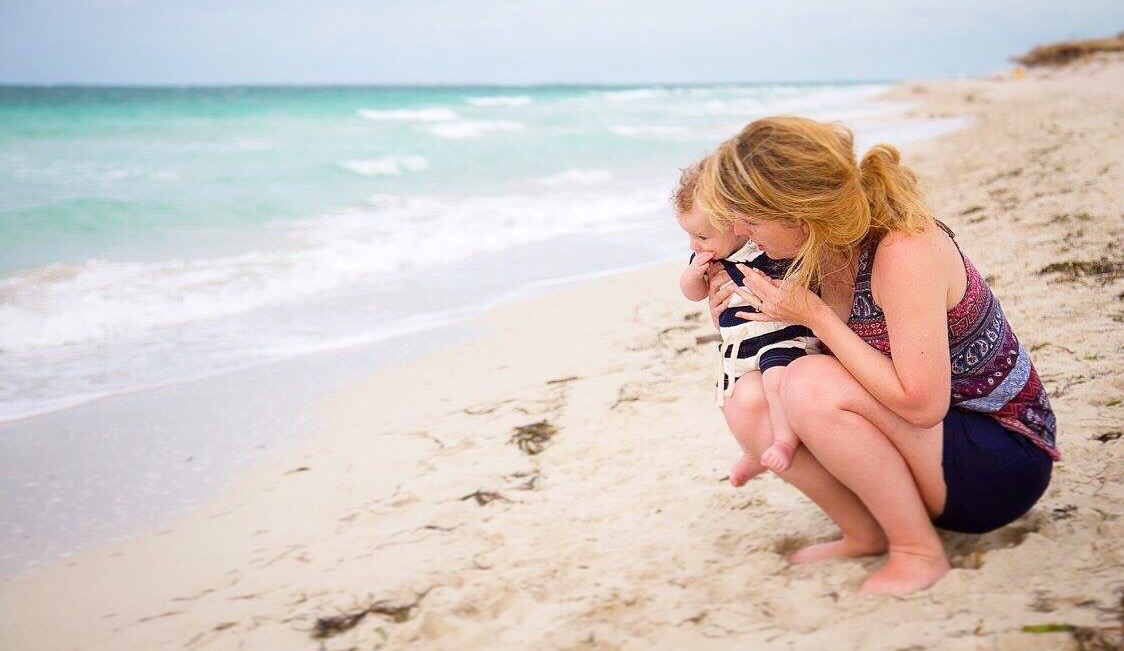 Our base was the tourist hotspot of Varadero which is mostly made up of large hotels along a stunning white sand beach. Varadero itself is a long thin spit of land so a beach is never far away and the main highway has a cheap bus that will take you into the town centre.

We spent a few days here, mostly on the beach and around the pool which was great to acclimatise to the warmer temperatures. At sunrise and sunset we ventured to the largely deserted beach for a walk and a play in the sand. Baby Fin was in awe of the ocean and absolutely loved the feeling of sand between his little toes!

We stayed at the Melia Peninsula Varadero which was a wonderfully welcoming beach-front hotel with lovely staff. Everyone adored our little boy and waitresses regularly walked him around the restaurants while we ate (what a luxury!). 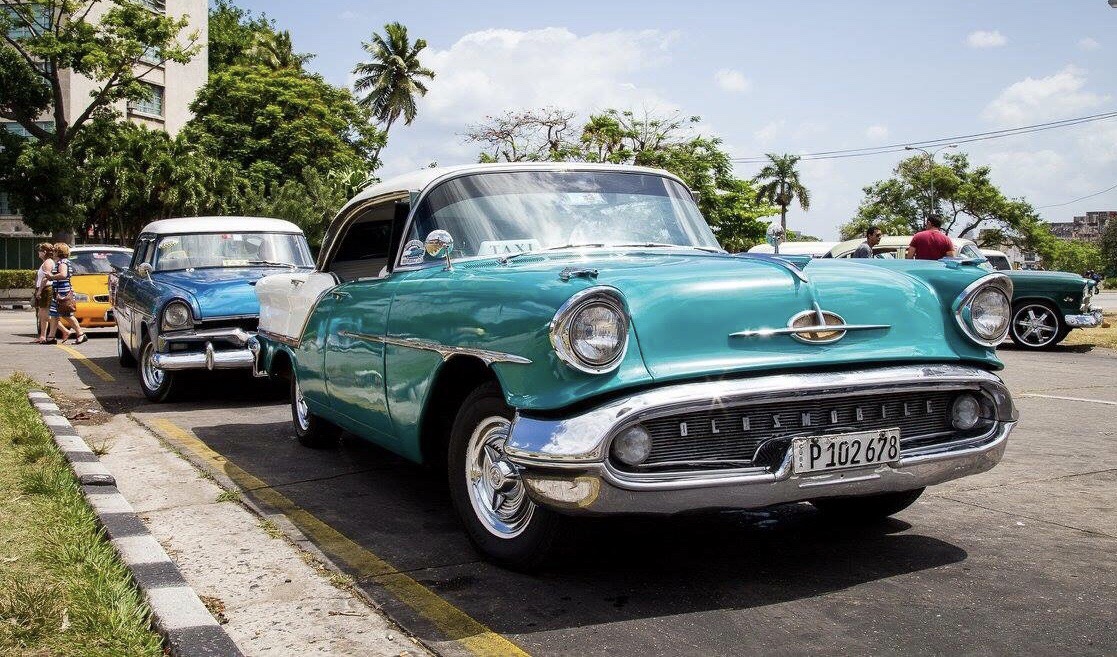 We hired a classic car with a wonderful driver and hit the road (100CUC per day). There are no seatbelts in classic cars but we put Fin in a carseat anyway. Two hours drive from Varadero sits the eclectic city of Havana. We stopped off halfway at Puente de Bacunayagua for some amazing Pina Coladas served in pineapples where you poured your own measure of rum (they’re said to be the best in Cuba… we tried and tested many and this one was definitely up there!)… although being a breastfeeding mama my ‘own measure of rum’ was none! There are stunning views, live Cuban music and an opportunity to change the baby! 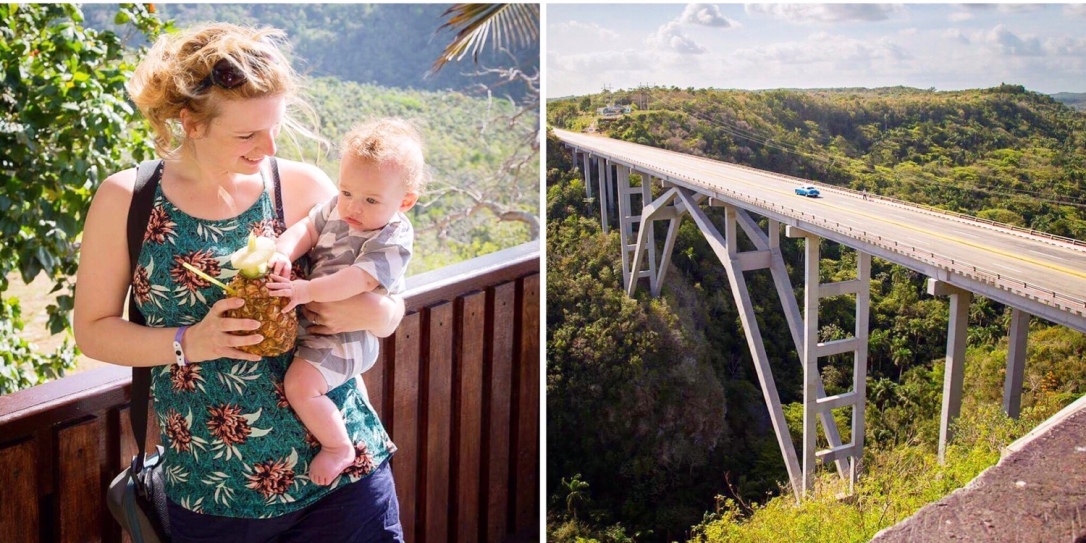 Our driver turned out to be an English Professor and keen photographer which made for an incredibly informative trip with some lovely photos of the three of us! He explained that in communist Cuba, education is free and accessible by all… but also that state wages are regulated for jobs such as teachers and doctors. As a university lecturer he would be paid 20CUC ($20) per month which is around what he would get as a tip for a tour so it makes more sense for him to work in the tourism industry. 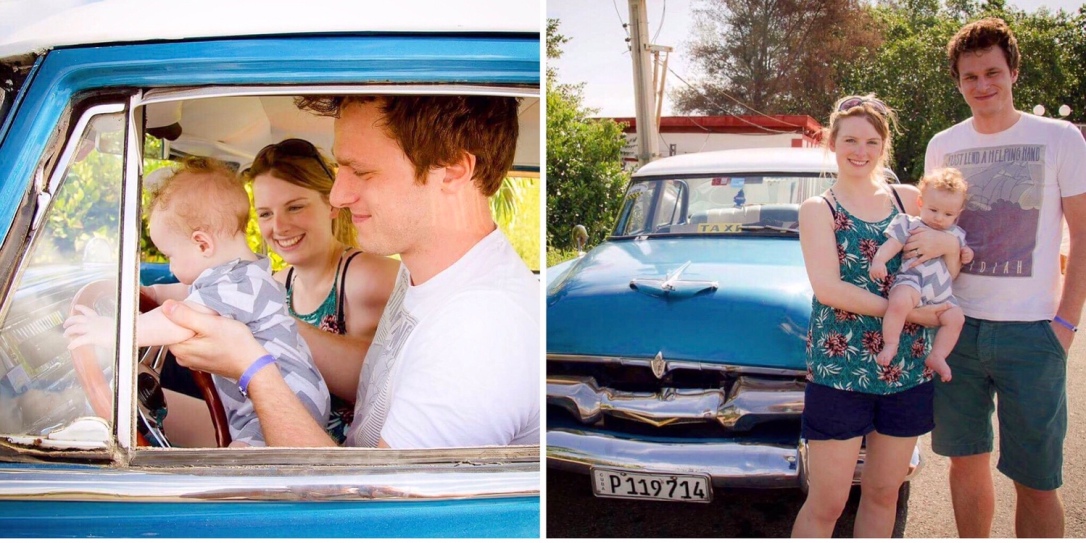 Heading on from Puente de Bacunayagua, we continued the journey to Havana, catching our first glimpse of the city from across the port. Up close the buildings are dilapidated. A shadow of the former wealth and opulence of the city. It feels like someone stopped time in the 60’s. We explored the colourful narrow streets of old Havana, drank Pina Coladas in Hemingway’s favourite bars, toured the Havana Club Distillery and listened to the live Cuban bands dotted around the city. Revolution Square is a must, although it is very open and there is little shade… so we didn’t stay long in the midday heat! 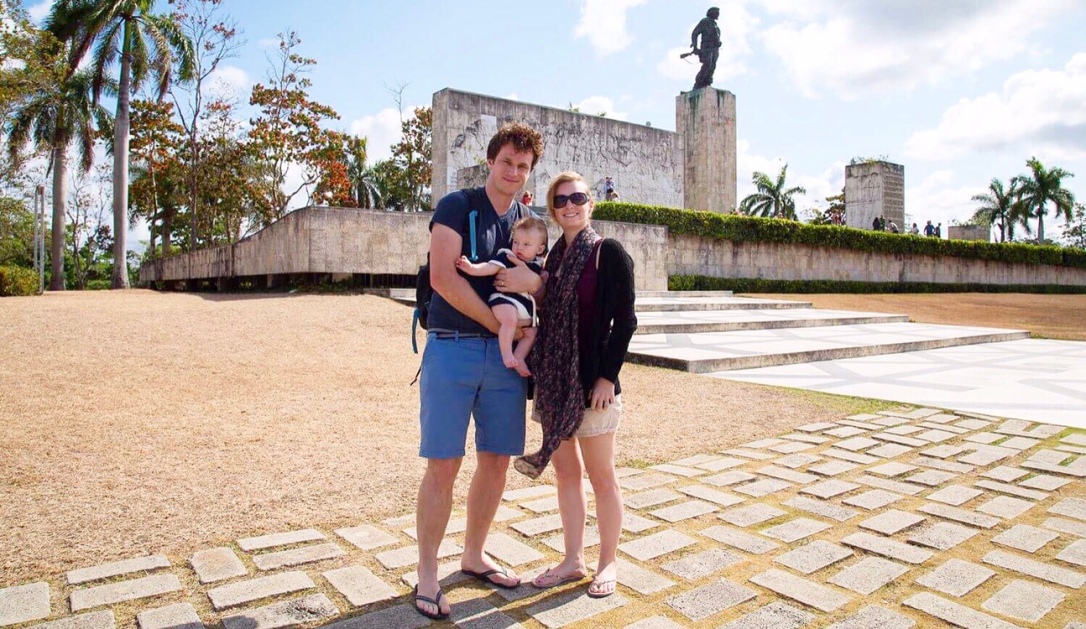 We hired another driver with a classic cadillac and set off on the three hour drive from Havana to Santa Clara – a town at the heart of the Cuban Revolution. A turning point in the war came when an army train was derailed here by revolution forces. This town is definitely worth visiting if you want to learn more about Cuba’s history. We visited Che Guevara’s monument and mausoleum which was incredible. The museum hosts a collection of photographs and artefacts from the war which really bring to life the revolution. It also has air conditioning for little one’s to escape the heat!

A small, historical town just two hours drive from Santa Clara with cobbled streets and colourfully painted houses, Trinidad is a photographers dream! Colonial architecture surrounds the main plaza where cafe’s, restaurants and markets spill out onto cobbled streets. We climbed the steps of the Palacio Cantero (Museo Historico Municipal) to take in the views from the highest point in Trinidad.

Due to the cobbled streets we ditched the pushchair and carried Fin with us around the town which he much preferred! He enjoyed seeing the horses being led through the town by men in cowboy hats, and stared at the colourful houses. In one cafe, an elderly lady took him to look out of the window while we ate – many many Cuban people who were passing by stopped to talk to him! 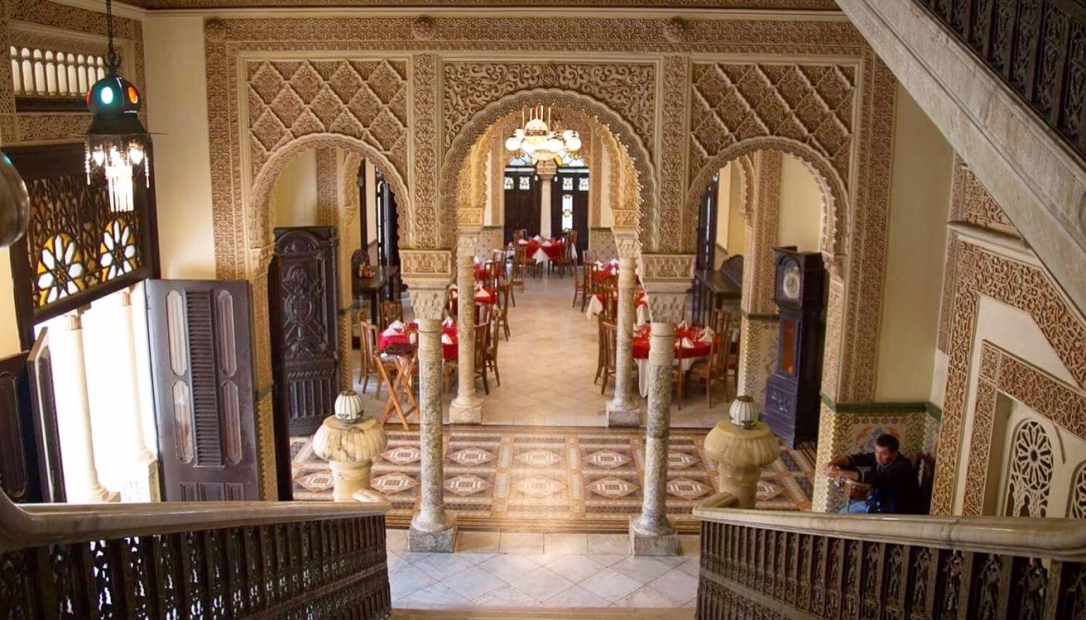 We swung by Cienfuegos on the way back to Varadero which was a larger town sat on a bay (Bahia de Cienfuegos). Huge ornate mansions cover the town and it’s really interesting to go inside the few that have been converted to hotels. The drive back to Varadero took around 2hr30m which the three of us mostly spent sleeping!

Driving across Cuba is insightful in itself with concrete housing blocks dotted across the lush green countryside… a world away from the dilapidated colonial grandeur of the towns and cities. 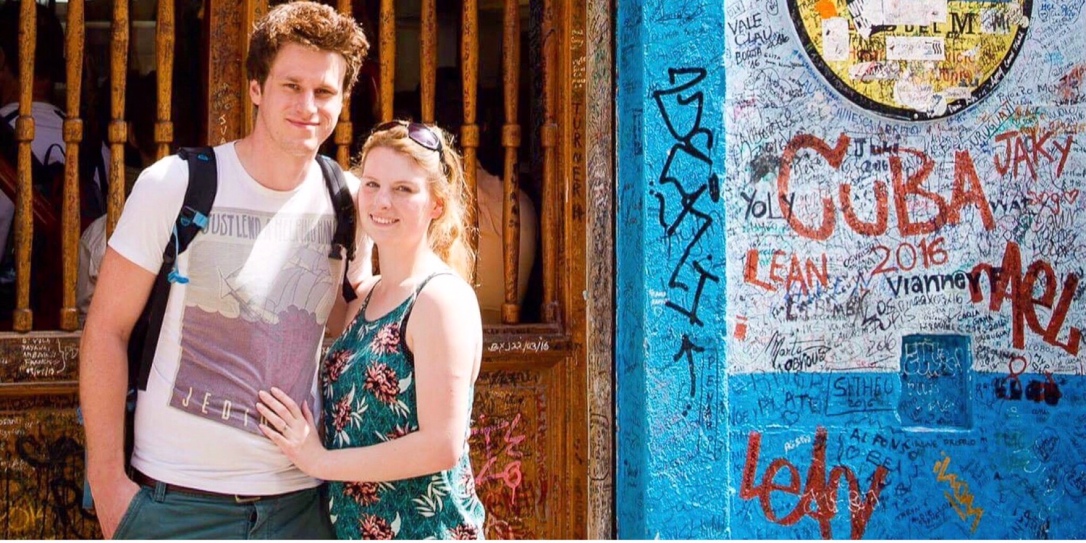 We had the most amazing trip around Cuba. Everyone was so welcoming and adored our baby boy. We found everyone we spoke to was so eager to explain the history of Cuba, and in hushed tones would tell us their political views, which was fascinating. I can’t recommend Cuba enough for a fantastic family destination!

An avid traveller and photographer, Aimee has spent a decade travelling the world working for international development organisations. With the addition of a little boy to the family, Aimee was eager to keep travelling and share family adventures and travel tips through How I Wander. View all posts by Aimee Bracken